FVEPA Getting To Know The Board – Stephen Melville

Browse: Home > Weddings > FVEPA Getting To Know The Board – Stephen Melville

FVEPA Getting To Know The Board – Stephen Melville 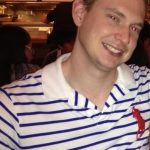 FVEPA Board Member Stephen Melville has been an active and influential member of FVEPA since joining the association just over a year ago. His experience as an established event professional has been a significant benefit to the association.He has quickly evolved from learning about FVEPA through social media, to becoming the association’s Director of Membership & Community Liaison.

Stephen is the Conference Sales Manager for the Quality Inn & Conference Centre in Abbotsford. A warm and pleasant guy to be around, Stephen’s career passion is to ensure his clients have an 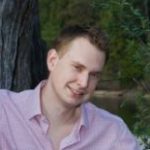 amazing experience in his facility and that they leave with a lasting impression. The impressive facility opened in 2003 and boasts over 24,000 square feet of combined meeting and exhibit space. With nine separate banquet rooms and a 6,200 square foot Grand Pinnacle Ballroom that can accommodate up to 720 guest’s reception style, the space is an excellent venue for business meetings and events. The Executive Chef and his Culinary Team at Abbotsford’s Quality Inn & Conference Centre have established a reputation for exceptional taste, quality and presentation in their banquet menus. 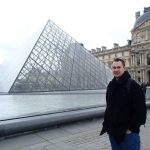 Stephen has had many unforgettable experiences during his time as a member of FVEPA. One of Stephen’s favorite memories was being hypnotized by fellow member Scott Christy at his first FVEPA Mix and Mingle networking event. He takes the time to get to know his fellow members and utilizes the association as an opportunity to connect with professional peers. From his professional approach he has been able to grow his network and business opportunities for Quality Inn & Conference Centre. The benefits he has experienced from FVEPA inspired him to run for the board so that he could spread awareness of the association to event planners and suppliers in the Fraser Valley. Having worked with a variety of FVEPA members including event planners Sherryl Parsons Rare Affairs and Shannon Stumph, DFC Events, he is knows that a vision combined with passion can be transformed into a successful, tangible product.

When not working, you can find Stephen spending quality time with his newborn son, spending time in the outdoors golfing or exploring, and indulging in food and beverage pairings. His strong and dedicated personality are reflected in the quote that he holds dear to his heart: “Tough times never last but tough people do”